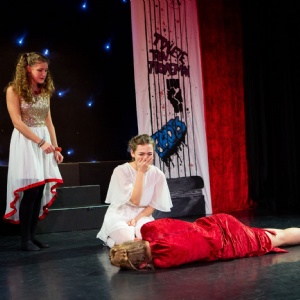 On the 28 and 29 November, Senior and Sixth Form students collaborated to produce and perform a very dramatic and visually compelling production of Sophocles’ Electra.

Using a contemporary text by Nick Payne, director Mrs Georgina Walker incorporated contemporary dance and stylised movement sequences to dramatise some elements of the story that would not traditionally be performed on stage, such as the death of Clytemnestra, which gave the production a very contemporary dynamic. She also split the chorus into a number of smaller groups: whilst some of these took the role of more traditional Greek choruses and commented on the action or spoke directly to the characters, other choruses had a more symbolic role as they represented the inner thoughts and feelings of Electra herself, expressed through stylised movement, inspired by the theatre company Frantic Assembly. One chorus group, wearing white bloodstained dresses, represented the ghosts of past and future trauma experienced by Electra and her family: they performed original dance sequences that foreshadowed the tragic ending of the play.

A special mention should go to the four students who choreographed the ghosts’ dance routines during enrichment sessions and to the backstage enrichment group who helped to create the fabulous costumes in the stark colour scheme of black, white and red.

Photos from the production are available to purchase from Marie Barley Photography at the following link: 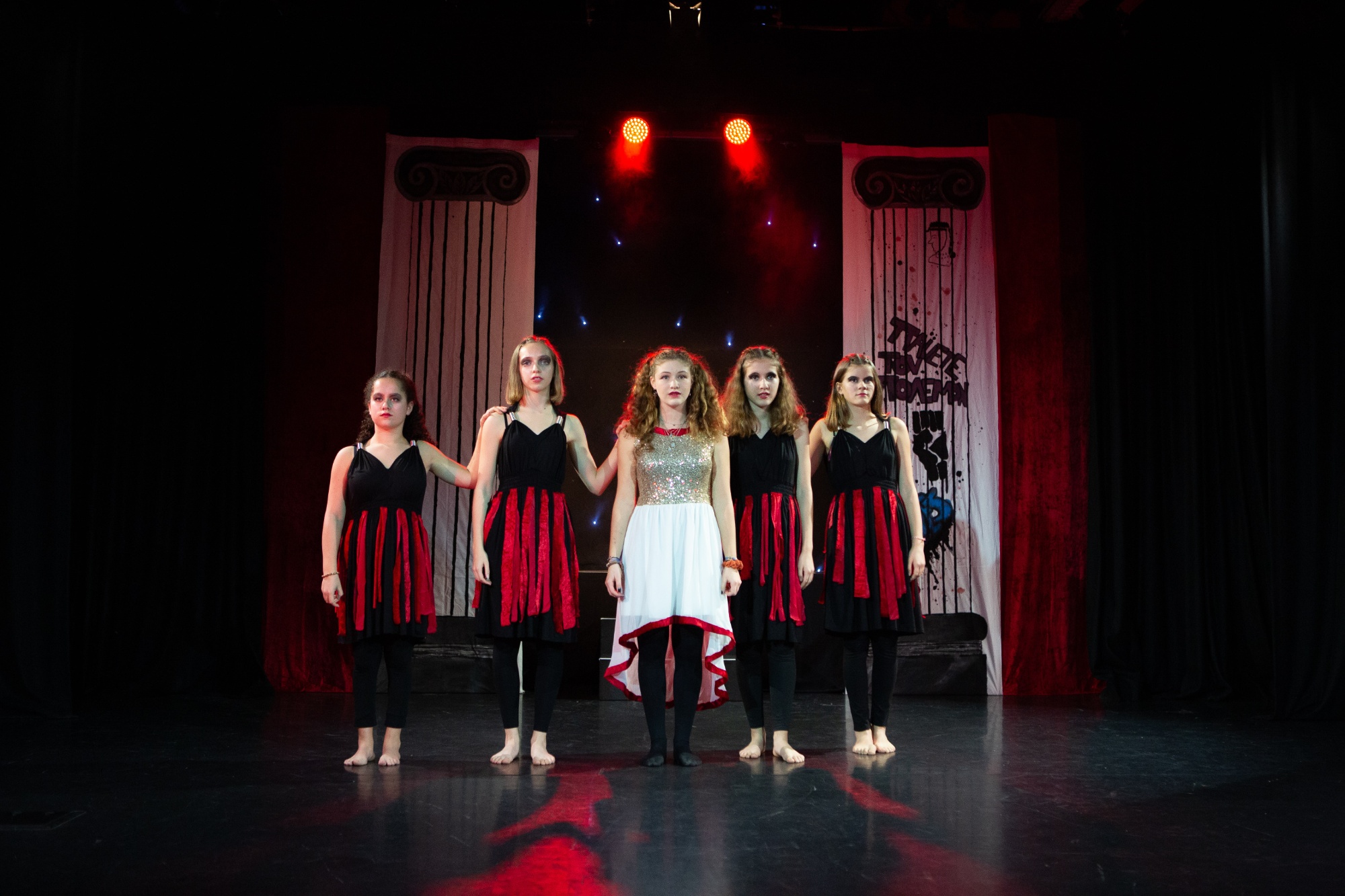 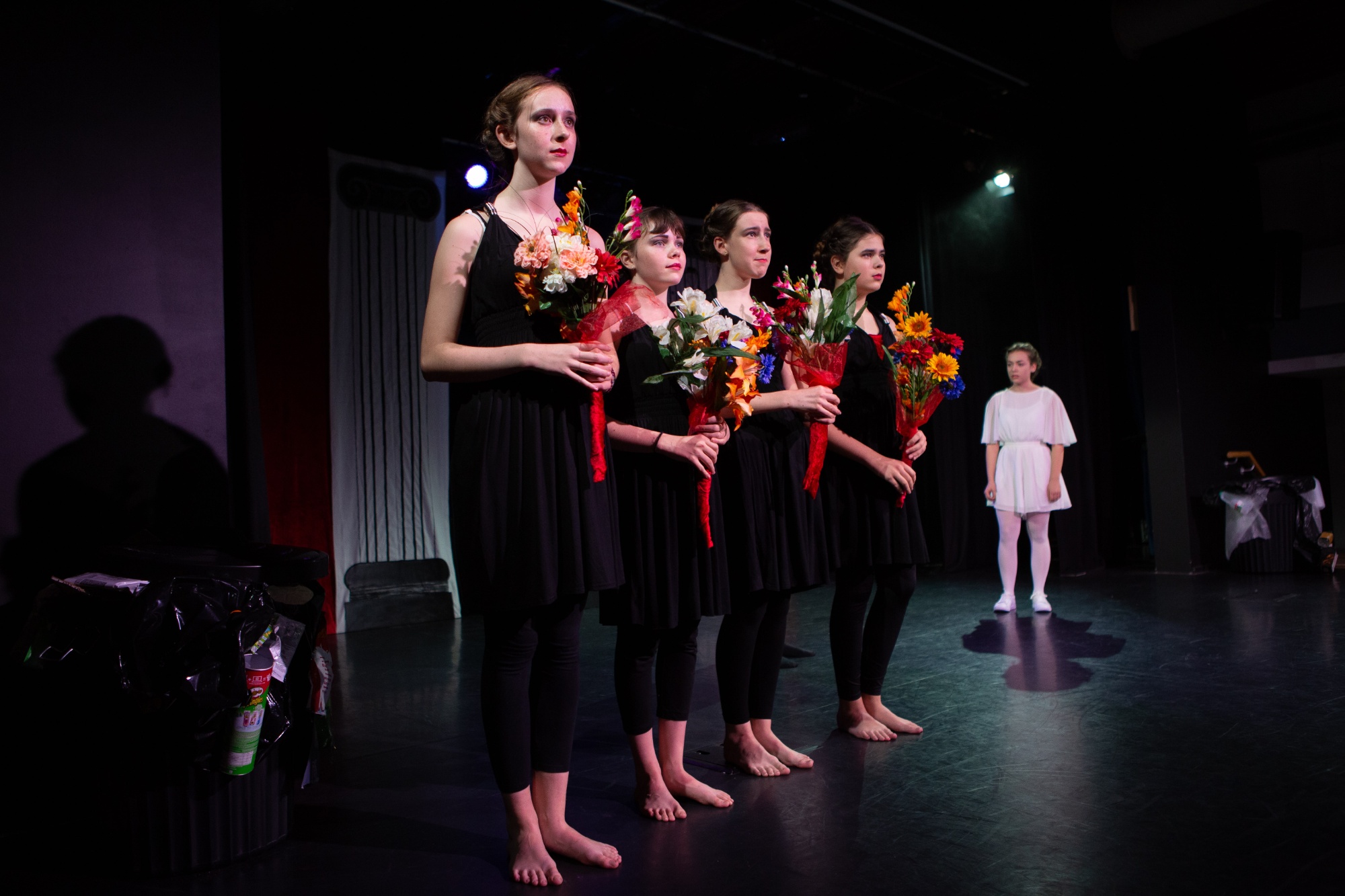 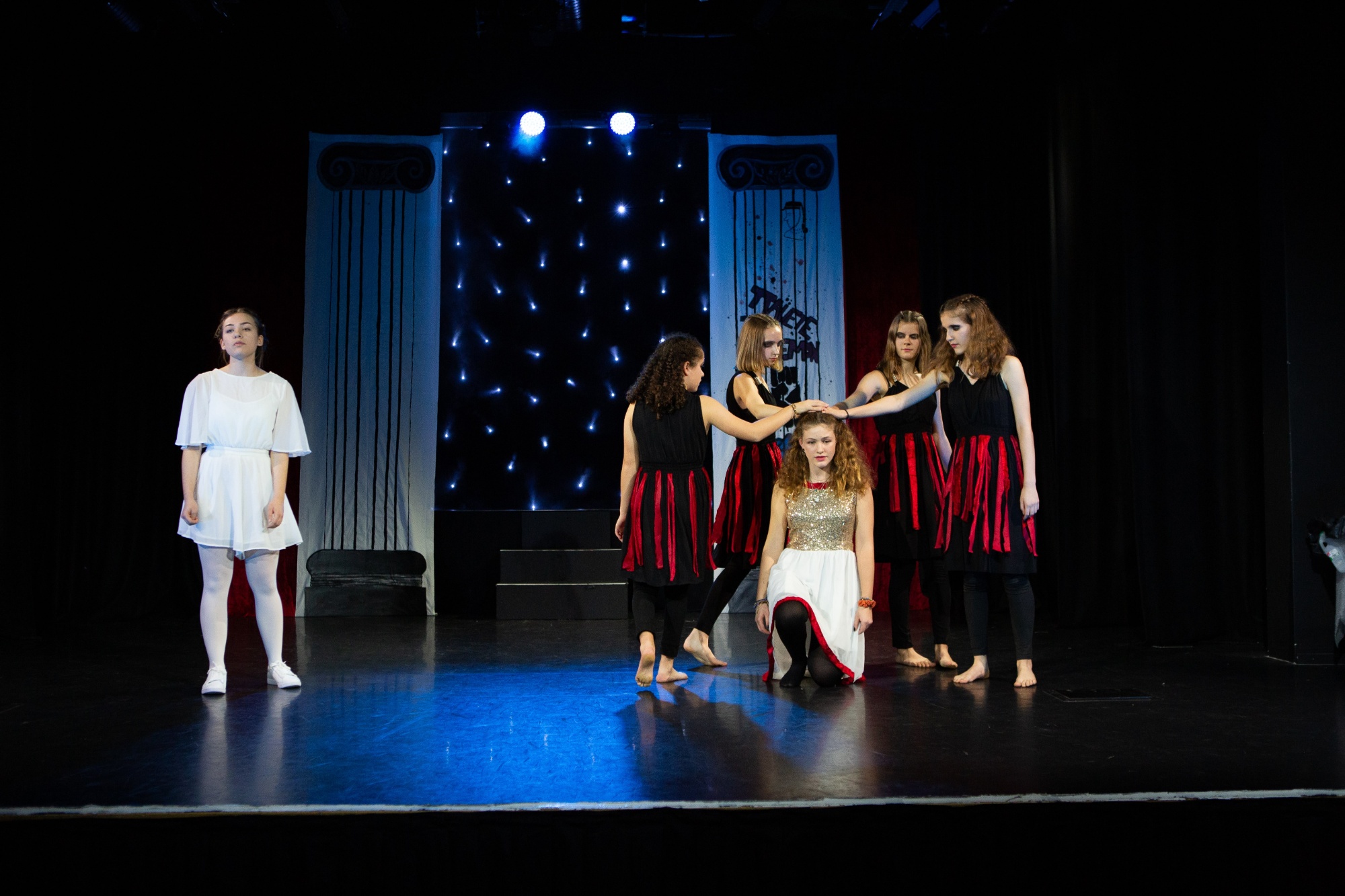