Year 9 trip to the Sainsbury Centre for Visual Arts

On 21st November, the whole of Year 9 undertook a trip to the SCVA in Norwich with the Visual Arts and Design Engineering departments to view the Sainsbury collection, the Radical Russia exhibition and the Fabergé exhibition. The students were given tours of the campus of UEA to learn about its architectural design and planning from the modern Brutalist era in the latter half of the 20th century, and in particular the work of influential architect Sir Denys Lasdun, architect of world renownd National Theatre in London.

Year 9 were given a brief insight into University life through the original designs of the campus, a design famous for allowing students to get 'from bed to lectures in 5 mins' from their accommodation which in turn is inspired by Ziggurat, an ancient Mesopotamia strone structure. The students also had time to look round UEA's outdoor sculpture exhibits including work by Henry Moore and Sir Anthony Gormley.

Inside the Sainsbury Centre, designed by a young Norman Foster in 1978, students took guided tours of the impressive Fabergé and Radical Russia exhibitions. 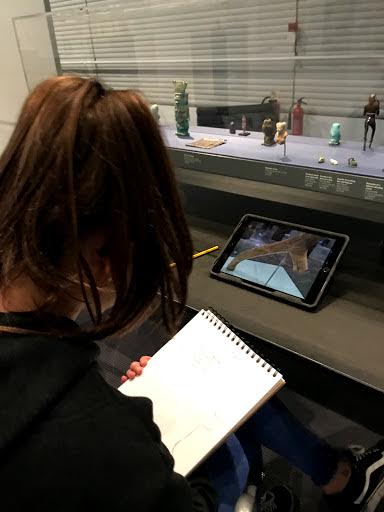 The highlights included her Majesty the Queen's 'Basket of Flowers' egg, originally made for the wife of Tsar Alexander III in 1901. The students were completely struck by the extraordinary production and ornate attention to detail of the Fabergé's style, the House of Fabregé of course being the leading artistic jewellers in the late 19th centrury up until the First World War. In addition to this the other highlights were the 'Sandringham animals' which further illustrated the naturalistic genius of Fabergé which so appealling to the British and Russian Royal families.