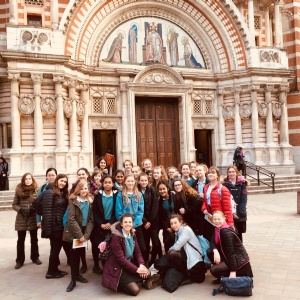 Year 8 travel to London to visit Westminster Cathedral, Square, The Abbey and Parliament

The Year 8 visit to Westminster on 22 March coincided with the first anniversary of the extremist’s attack on Westminster Bridge. Getting off the coaches, there seemed to be police officers everywhere in combat body armour, carrying machine guns: a sober reminder that Westminster is at the heart of Britain and the centre of government and our history.

The visit was cram-packed, taking in Westminster Cathedral, the statues in Westminster Square, The Abbey and Parliament. Groups that went to the Square had been forewarned to give presentations on the people behind the statues, a great way of getting to know who these people really were: Lloyd George, Disraeli, Nelson Mandela and - sadly still shrouded in plastic, not at that stage unveiled - Millicent Fawcett of the Suffragists.  There were many Oscar-deserving presentation performances, including from those shown below with Nelson Mandela. 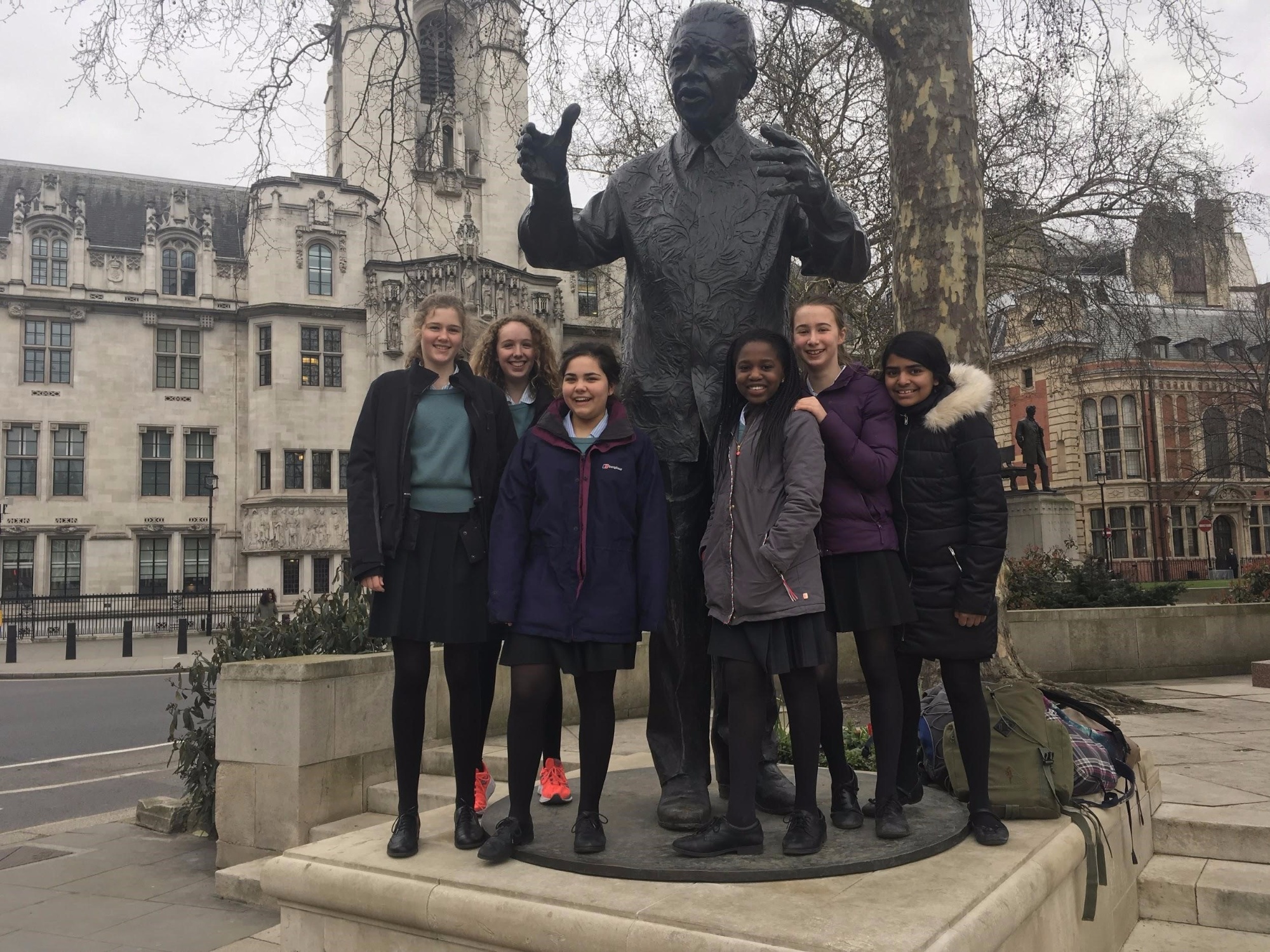 The tour around Parliament was the greatest eye-opener of the whole trip.  For one group in particular (pictured below) as they entered the public gallery of the House of Commons - right on cue for an all-girls group - the debate at that moment was about the need for additional funding specifically to encourage more girls to take STEM (Science,Technology, Engineering and Mathematics) subjects.  MPs were coming out with dire statistics: that Britain lags behind most other European countries having fewer female engineers, mathematicians, scientific researchers et al.  It was perfect timing: Parliament, and what MPs discussed, suddenly seemed directly relevant to SPF students. 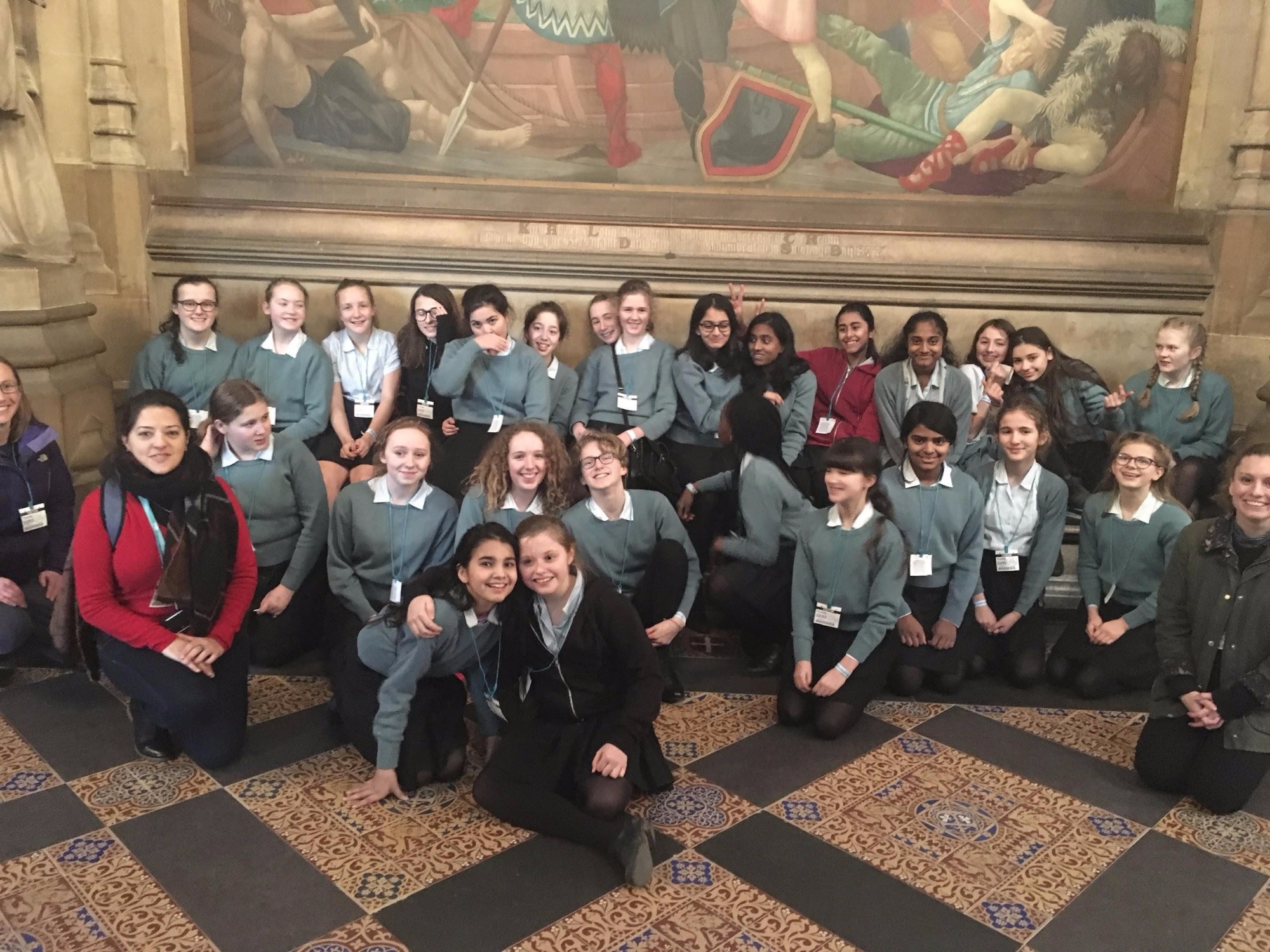 Parliament’s education centre - tacked onto the side of the Houses of Parliament - is really well set up with several large debating rooms wallpapered with photos of the House Commons, so that it feels as if you are in the Chamber itself.  Parliament’s education staff were brilliant, setting up the whole group into two opposing parties, and - exactly as in a Commons debate, with Charlotte as Madam Speaker.  The students opted to debate whether women should be given equal or even “unequal” pay, with salaries weighted in women’s favour to compensate for the fact that men have had, and today generally still are, paid more than women.

Student Georgina recounts her impression of the day:

"Westminster Abbey was my favourite part of the day. In small groups, we examined six main artefacts in the enormous and heavily decorated Abbey (the building seemed to go on forever it was so huge!) These artefacts included stained glass windows; textiles; pavements and the resting places of people such as Charles Dickens, Isaac Newton, Charles III and T.S. Eliot. One place I found particularly breathtaking was the tomb of queens Mary and Elizabeth I.

When we entered Westminster Cathedral, I was quite taken aback, as we all were, at the large, high, black ceiling. We walked around, stopping to look at the large cross hanging from the ceiling above the altar. The interior was very detailed and beautiful, with multiple lines of pews for hundreds of people and smaller sections for private prayer. " 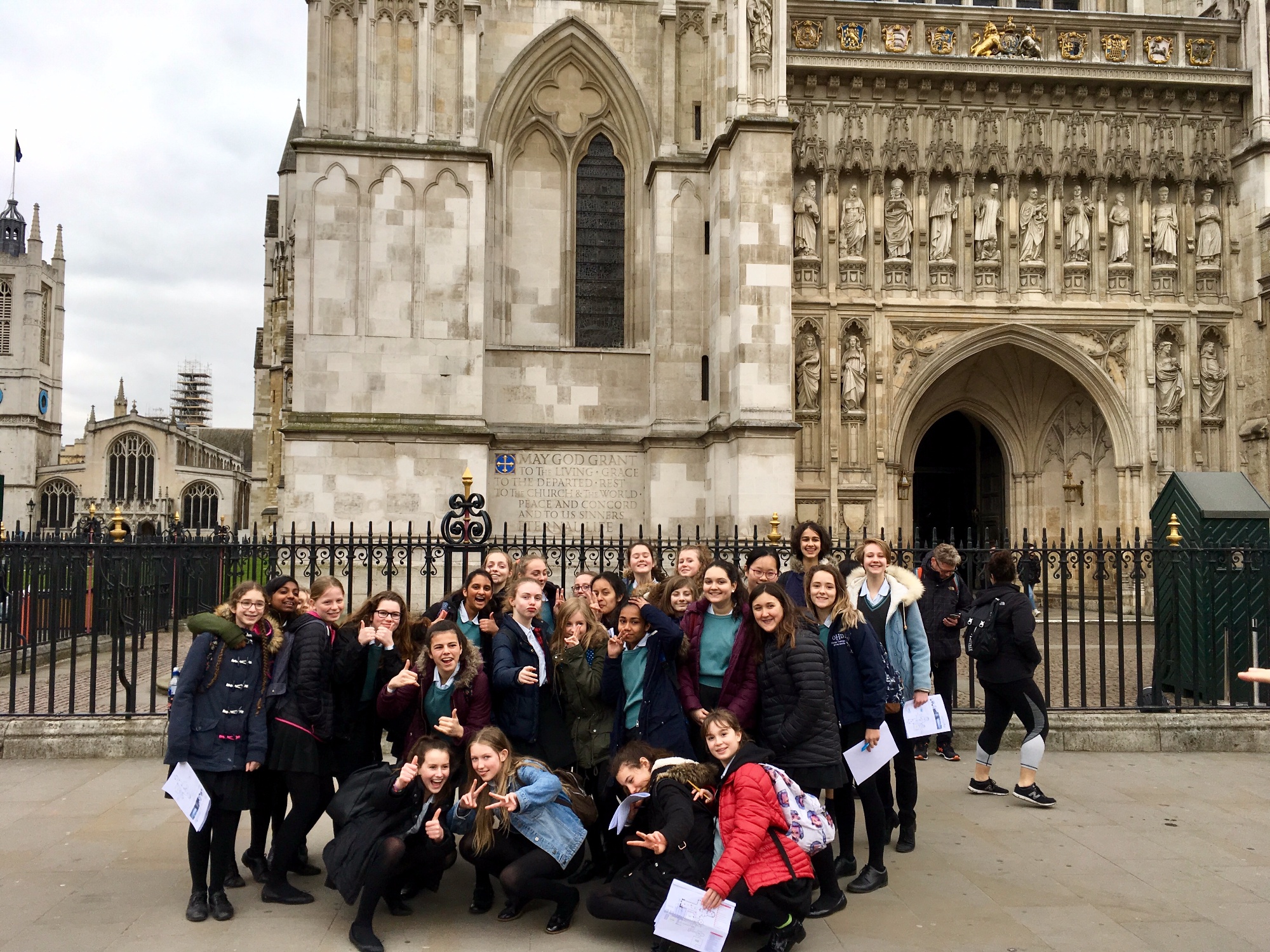