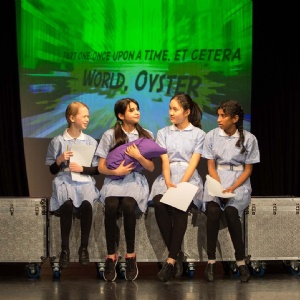 Our Year 9 production in March was pretty special. Not only was it a fabulous show, superbly performed by a talented ensemble cast, it was also in some ways a landmark production as it is quite possibly the last play that we will stage without the inclusion of boys 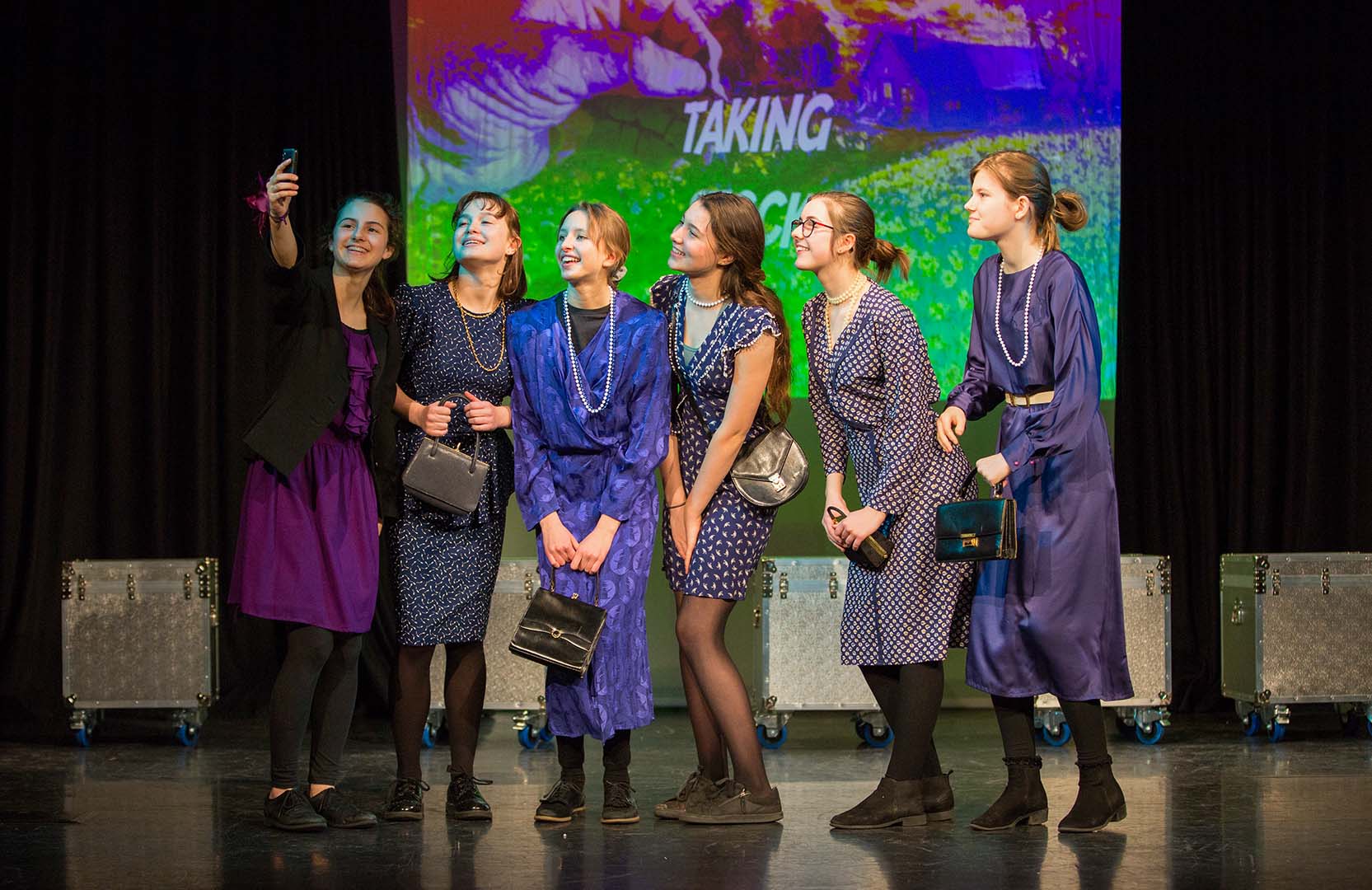 Fittingly, we chose ‘Second Person Narrative’ by Jemma Kennedy, specifically because it is written to be performed by a predominantly female cast. 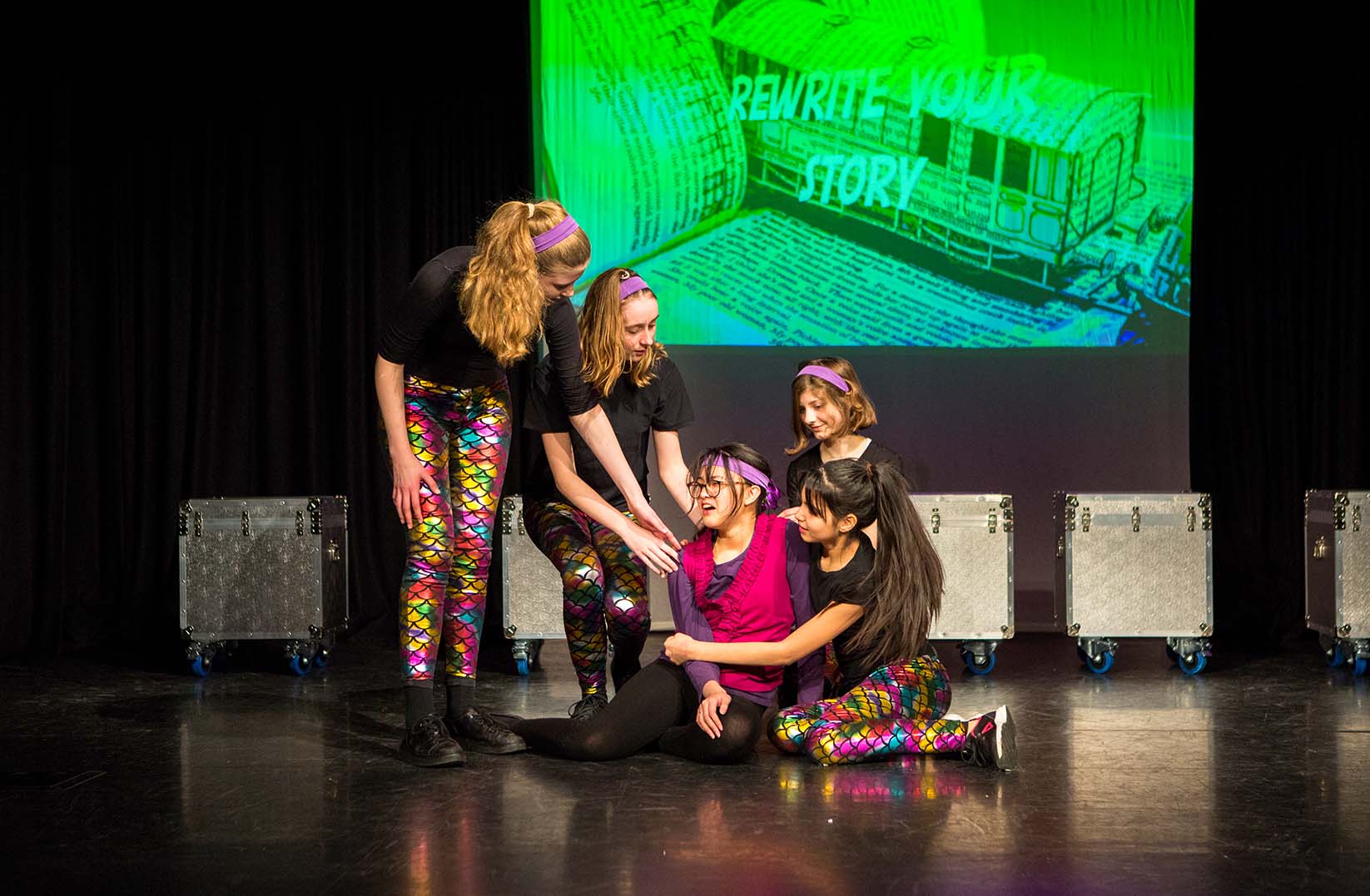 The play is part of a new initiative from Tonic Theatre in partnership with Nick Hern Books which aims to address gender imbalance in theatre by commissioning scripts for mainly female casts of young performers: many existing plays rely heavily on male performers and whilst cross-gender casting is always possible (and we regularly do this) it is so refreshing to work with a script written for girls, about girls. 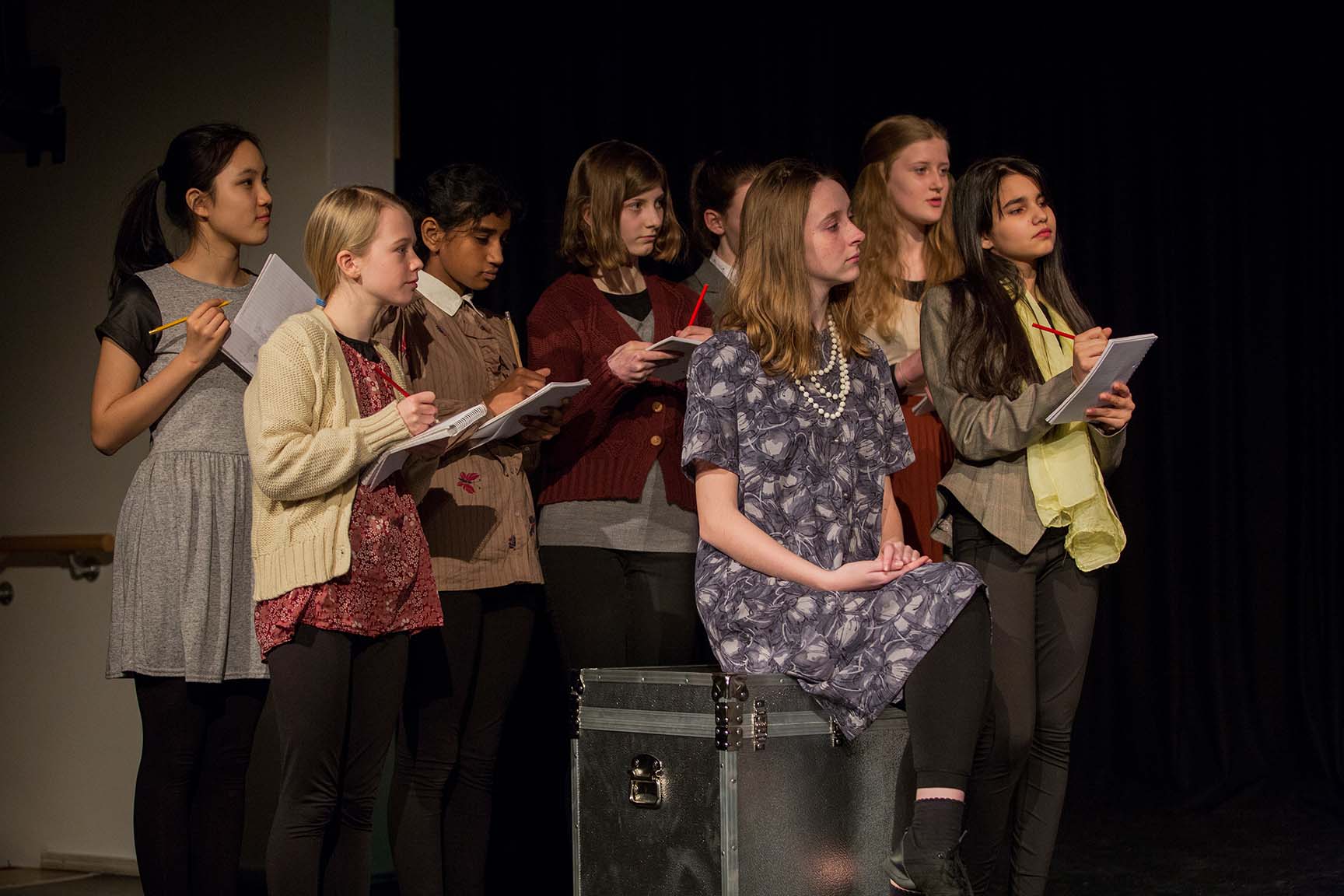 Second Person Narrative is a difficult play to describe. There is very little plot as such - the play follows the life of one unnamed female character (referred to only as You) from birth to death and charts the decisions she makes throughout her life and how these help to shape her as a person. 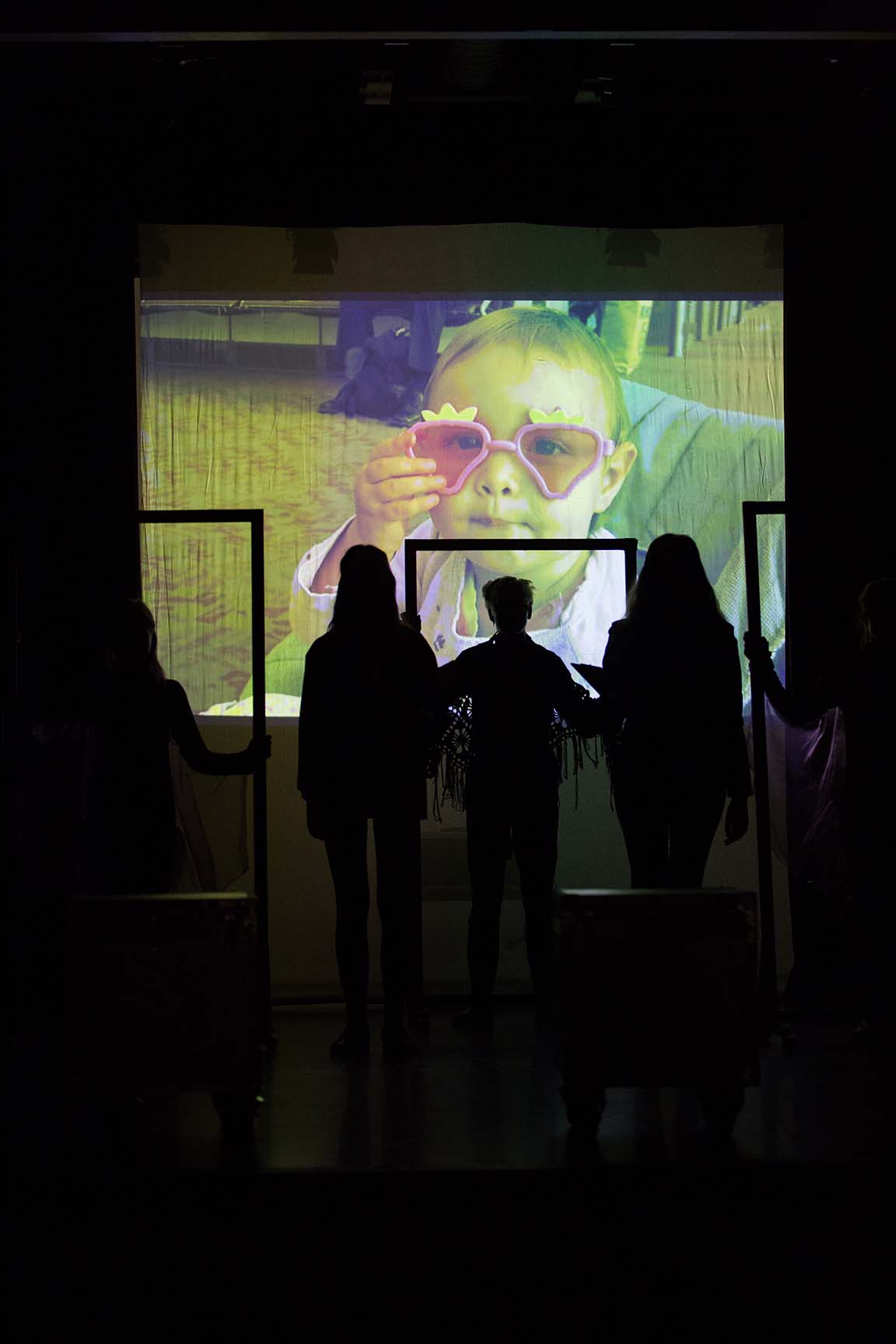 A whole range of topical themes and issues are explored: it is sometimes funny, sometimes sad. All of the situations that the central character encounters along the way are totally relatable to audience members of all ages and the constant reference to the character ‘You’ encourages us to question and think about our own lives and decisions. 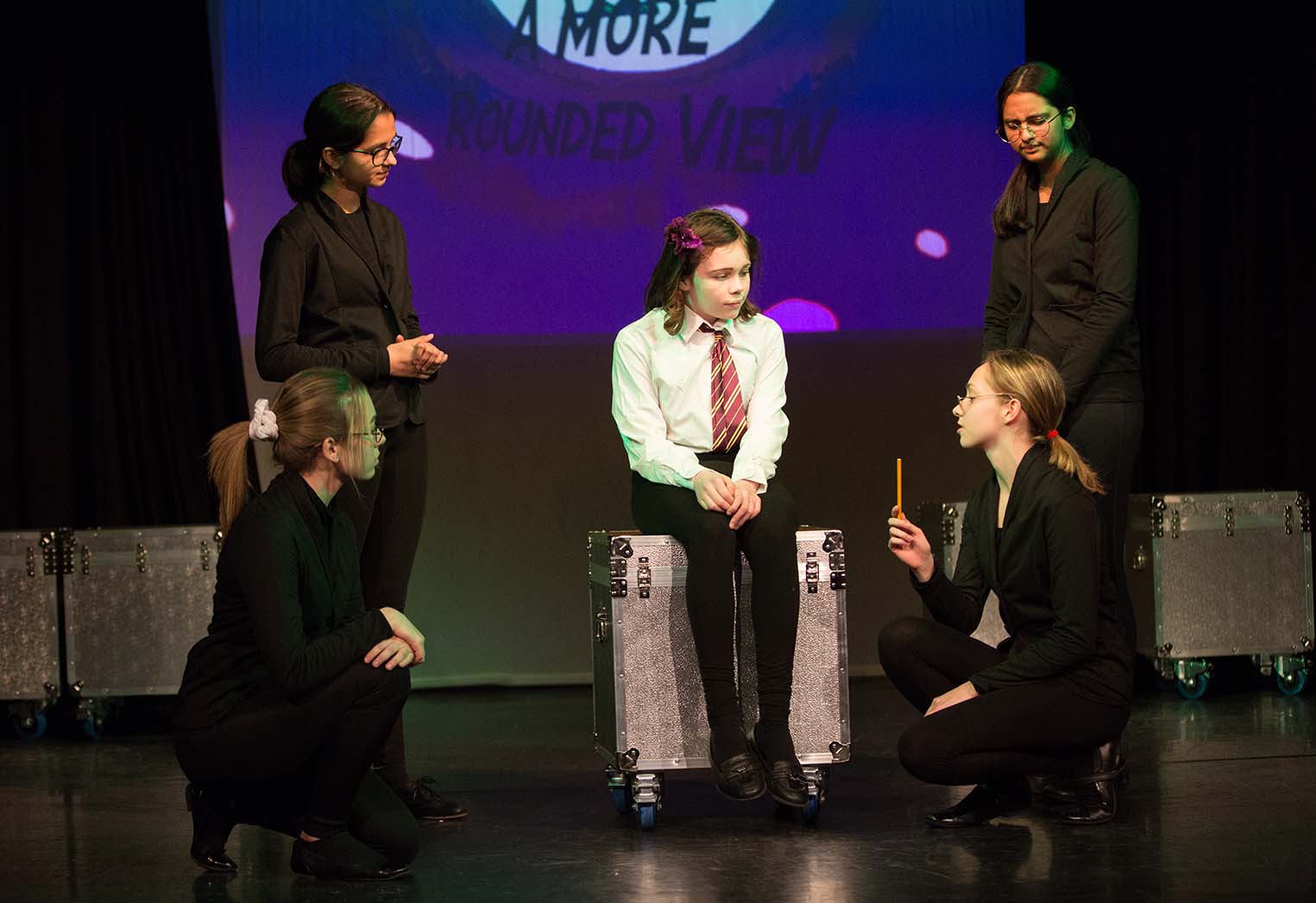 Our young cast thoroughly enjoyed working on this piece - they fully embraced the stylised elements and they made a strong contribution to the ensemble scenes and sequences. 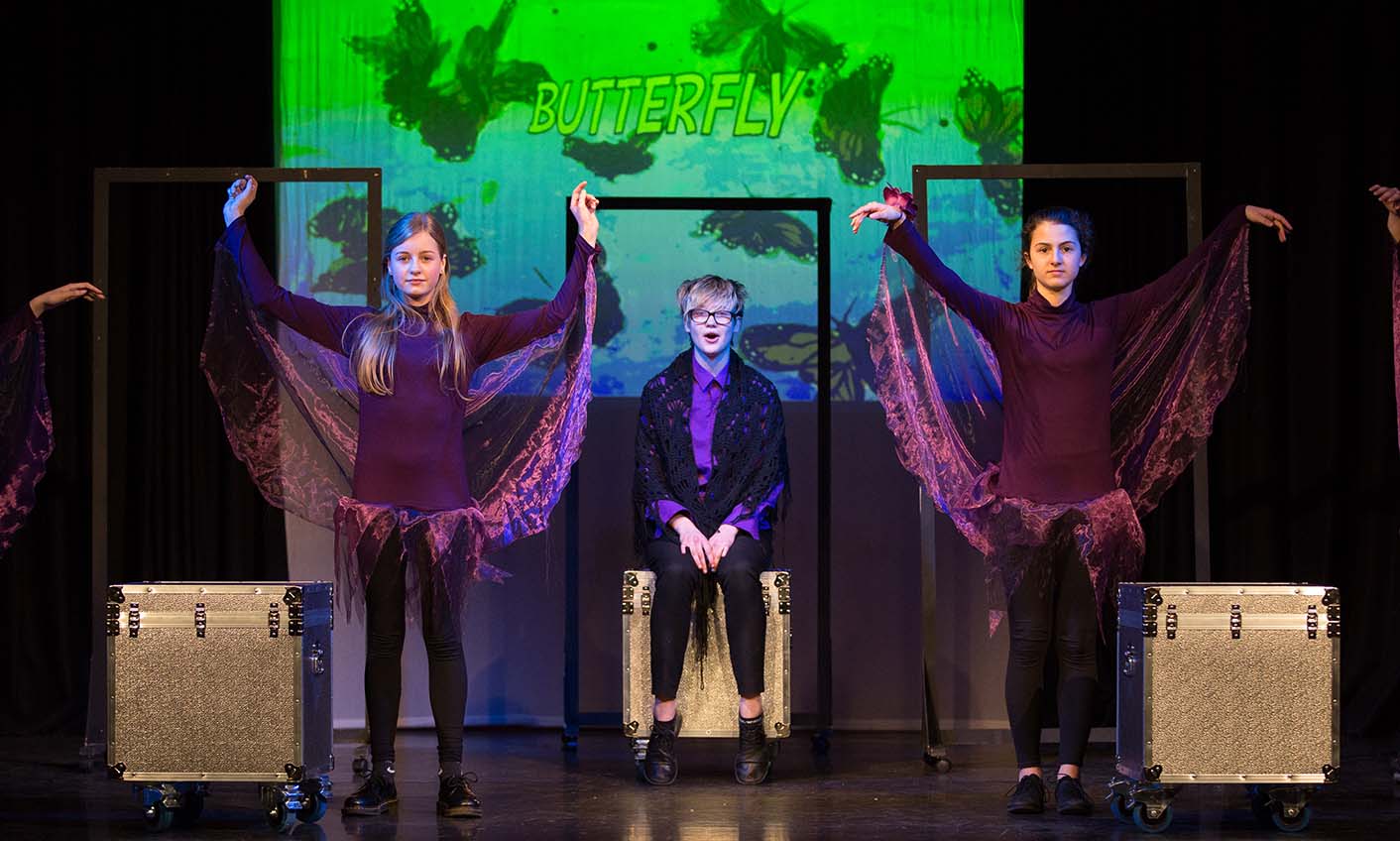 Miss Wood decided to split the central role between five performers, adding a butterfly movement motif to link each of the different sections of the play. 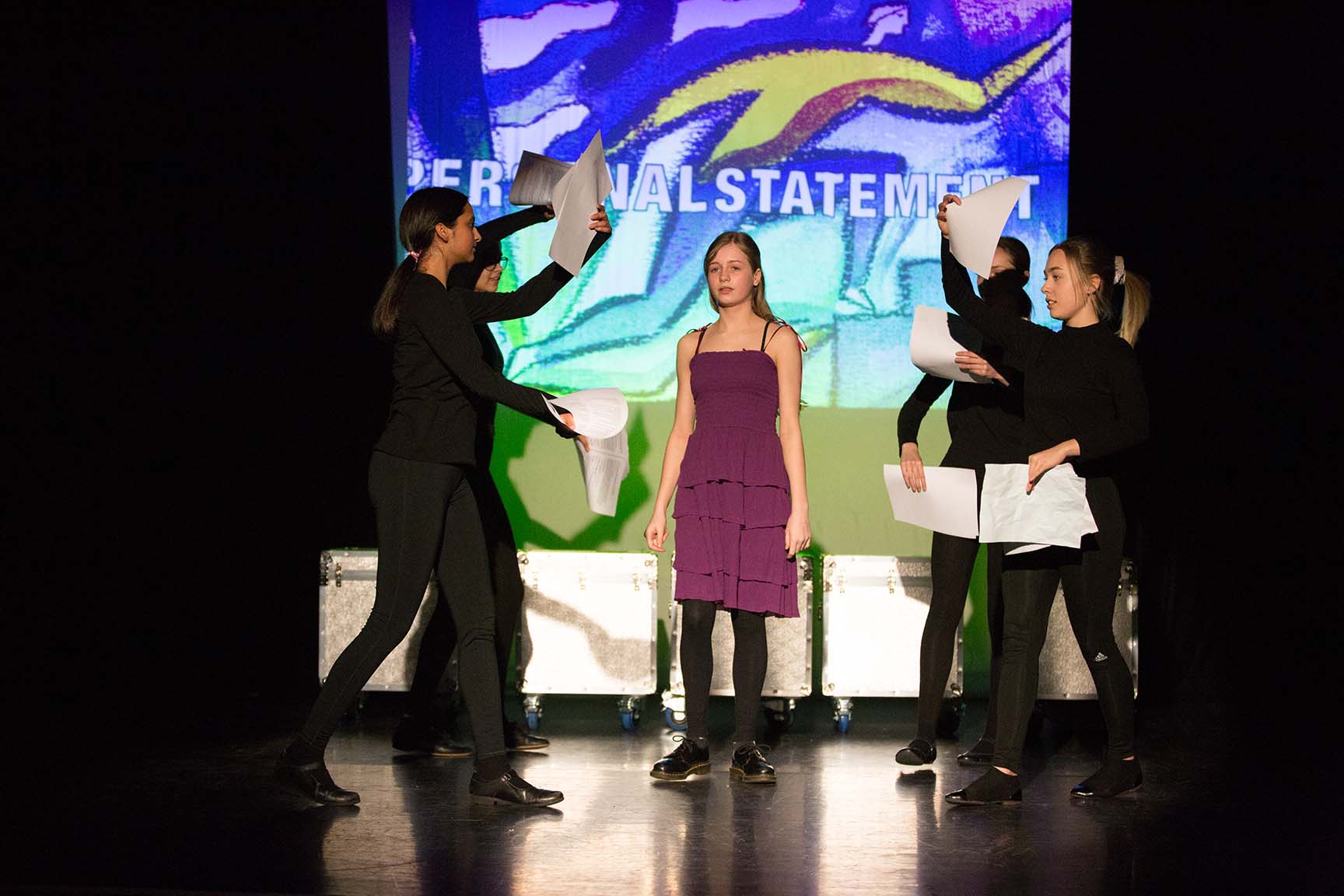 She also chose to use a backdrop of projections with titles to give each scene a clear label. 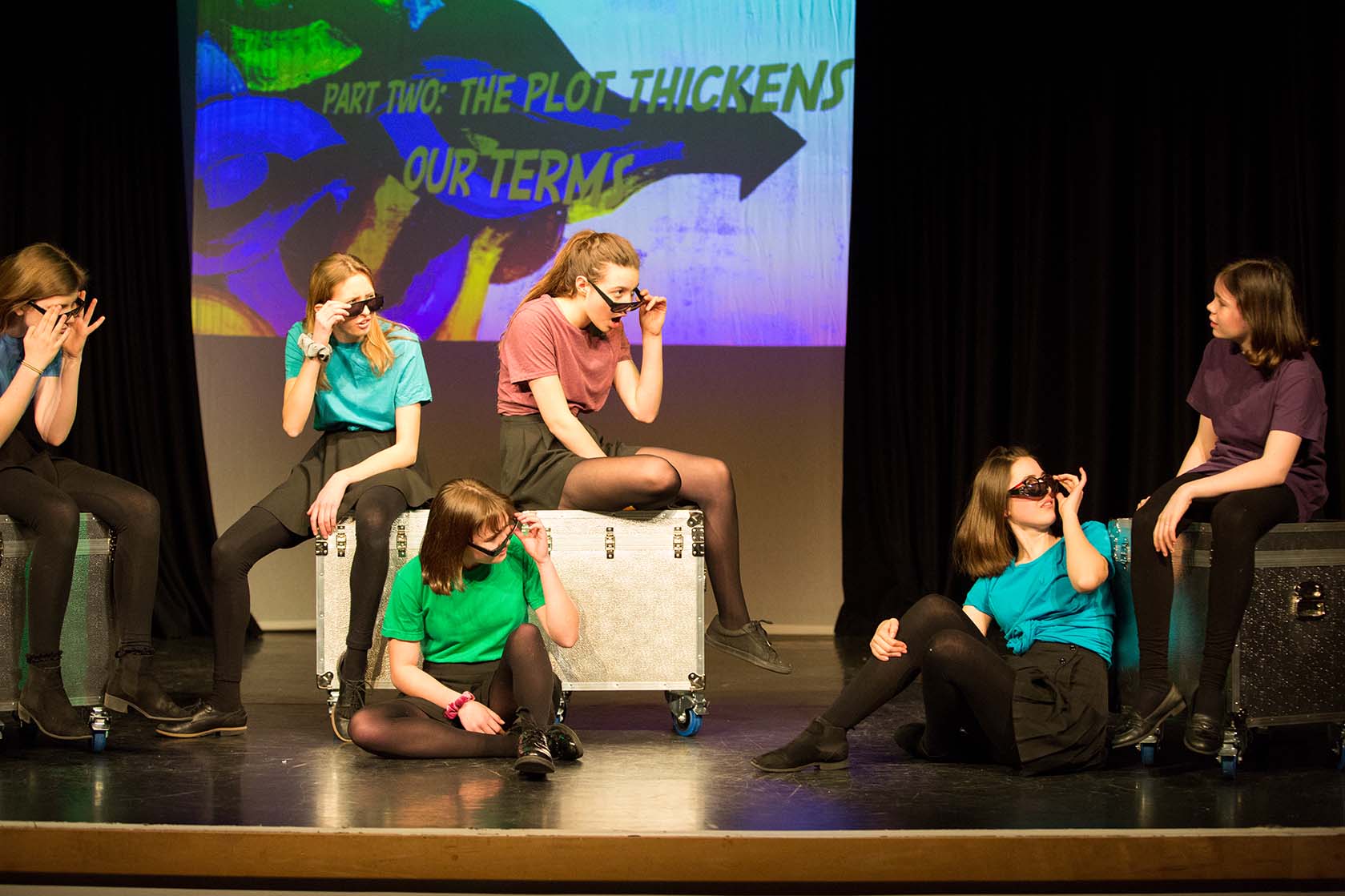 For the final scene, we played a montage of family photos contributed by members of the cast: these images helped to draw audience members in still more and to reinforce the idea that we all, no matter who we are and what choices we make in life, share landmark moments in our lives. 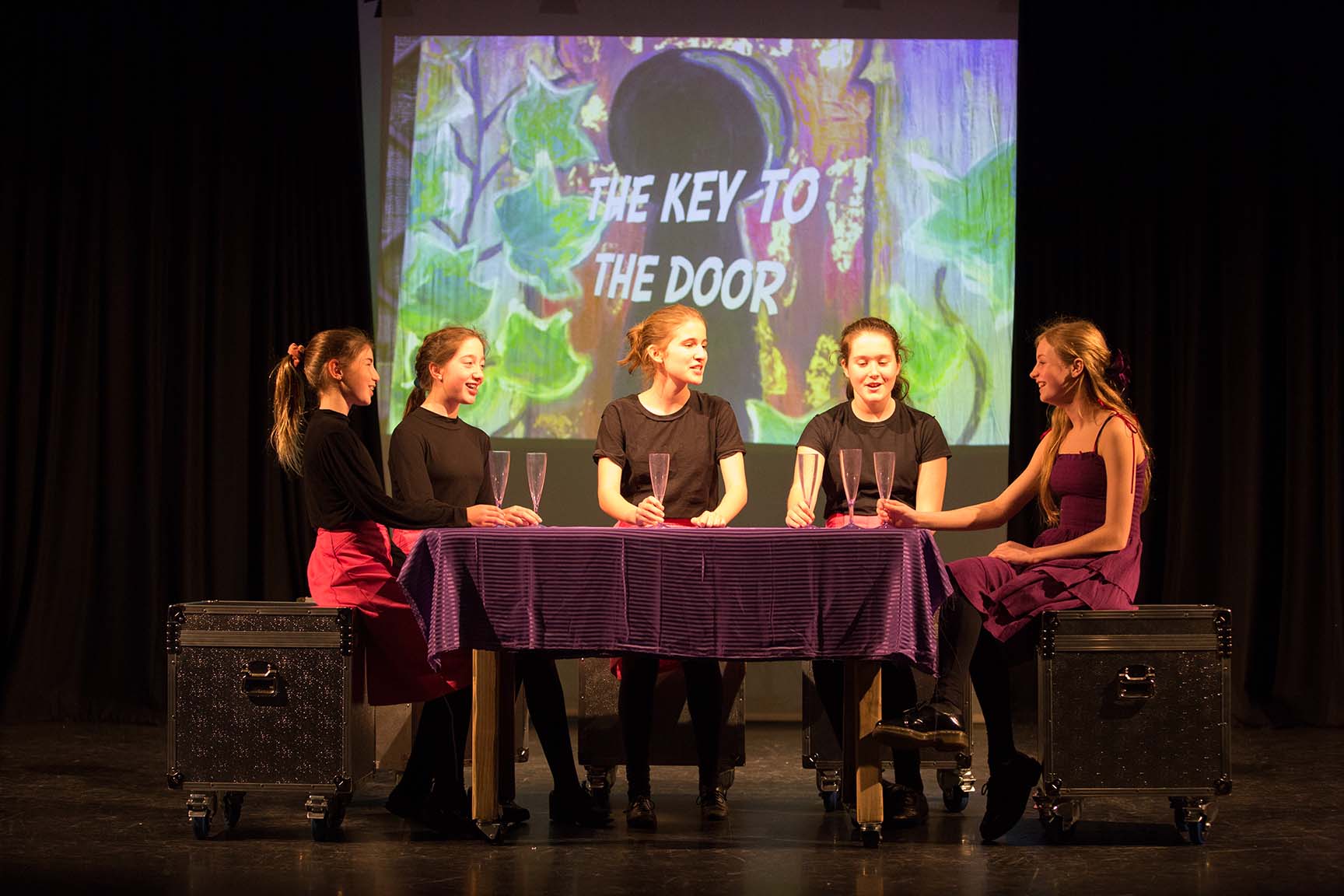 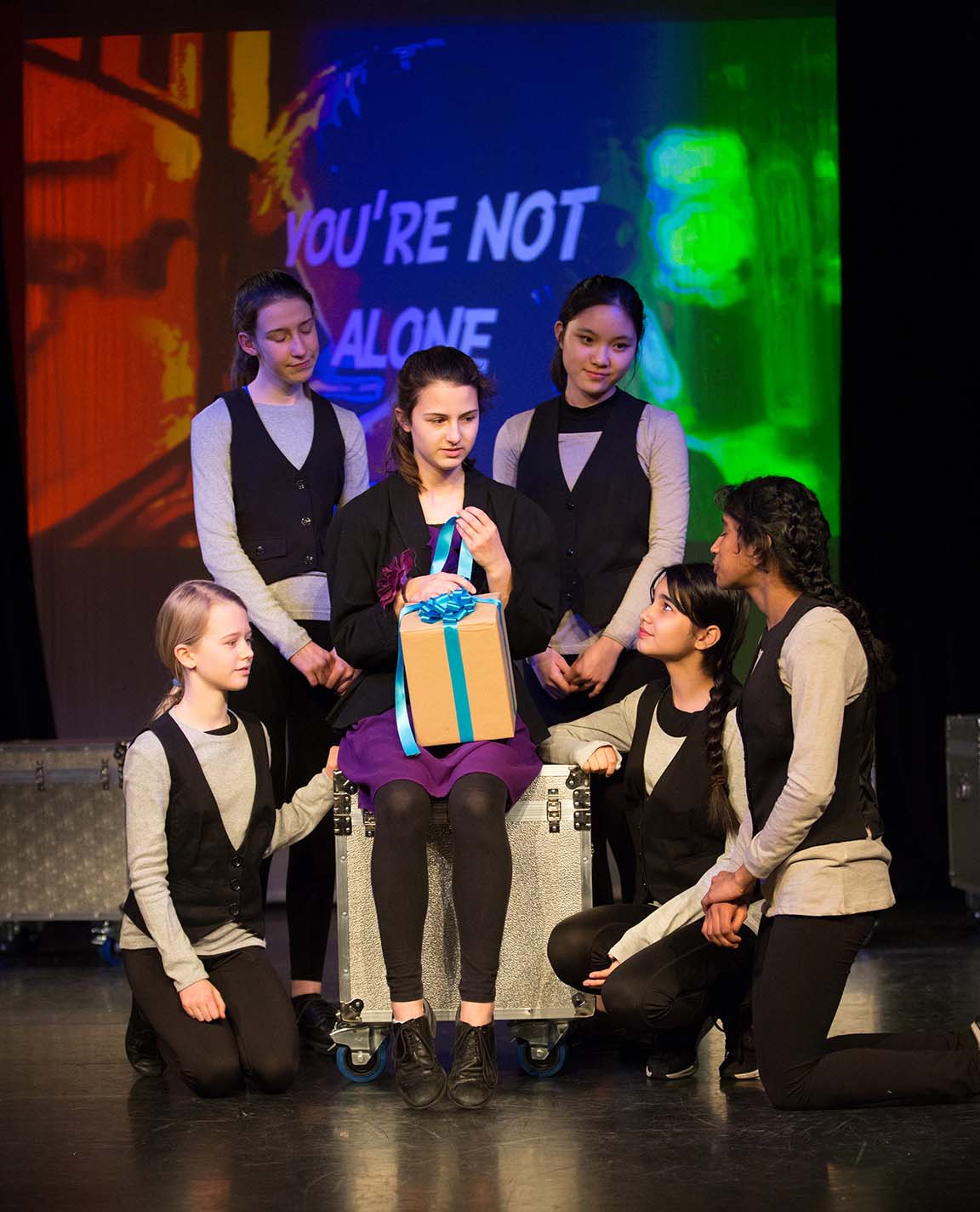 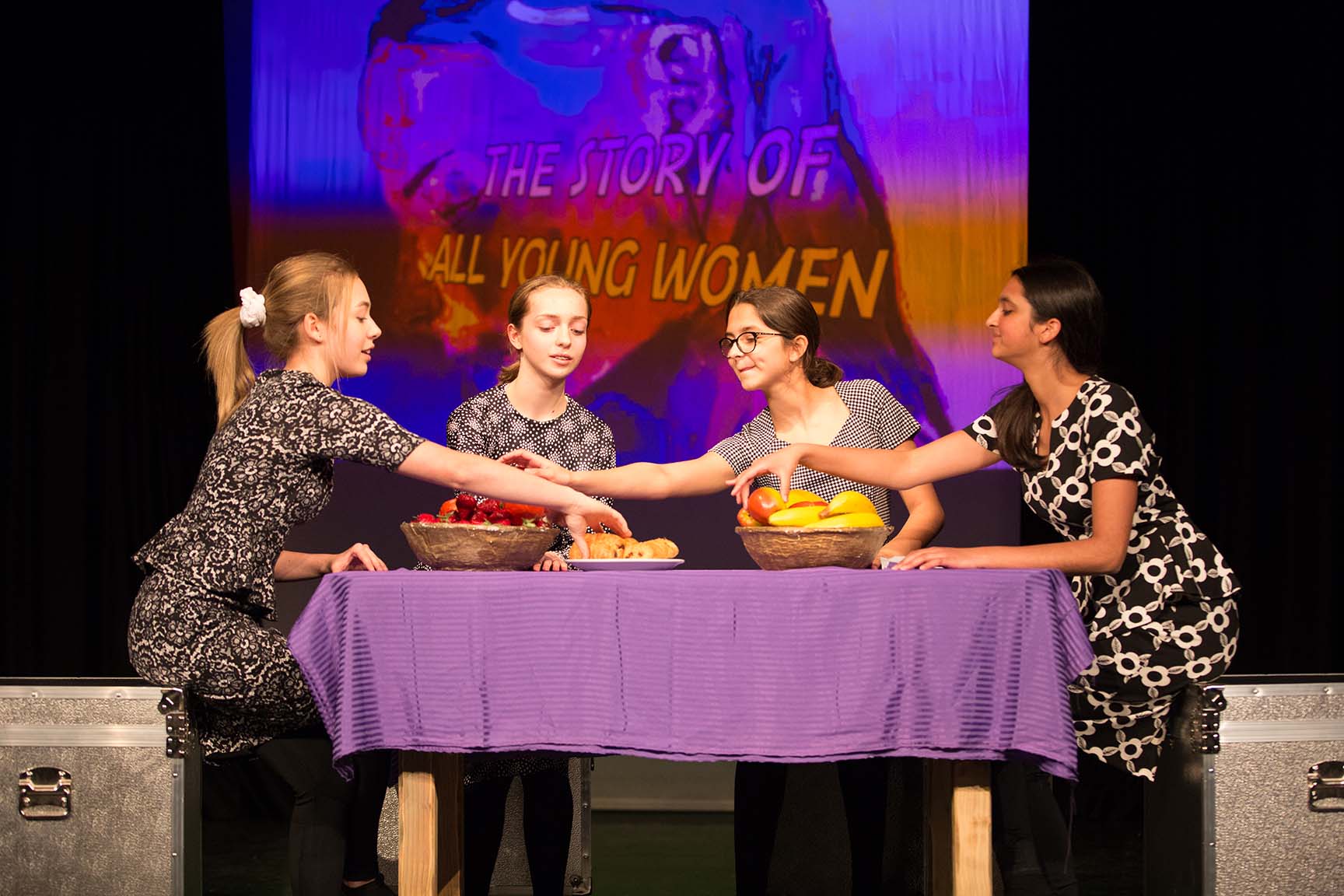