'The world is our campus' as school celebrates Day of Languages 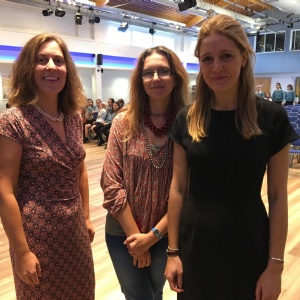 In the Languages department, we say 'the WORLD is our campus!'

We have been celebrating the annual event of "European Day of Languages" in the senior school at the end of September.

On the Monday there was the languages challenge for students to find as many teaching and non-teaching staff who speak more than one language. The winners, Bethany B, Lily S and Millie H (8G), found a lengthy list. It is fascinating to see how many linguists we have on the staff. Languages spoken included: Shona, Gaellic, Malay, Hindi, Hebrew, Portuguese.

This is equally reflected in the students, many of whom speak other languages in addition to English at home. The importance of this was reinforced in Tuesday morning's assembly. Frau Freeman made the case - in German - for languages and the fact that English alone is not enough.  Quoting Willy Brandt: If I’m selling to you, I speak your language. If I’m buying, dann müssen Sie Deutsch sprechen! 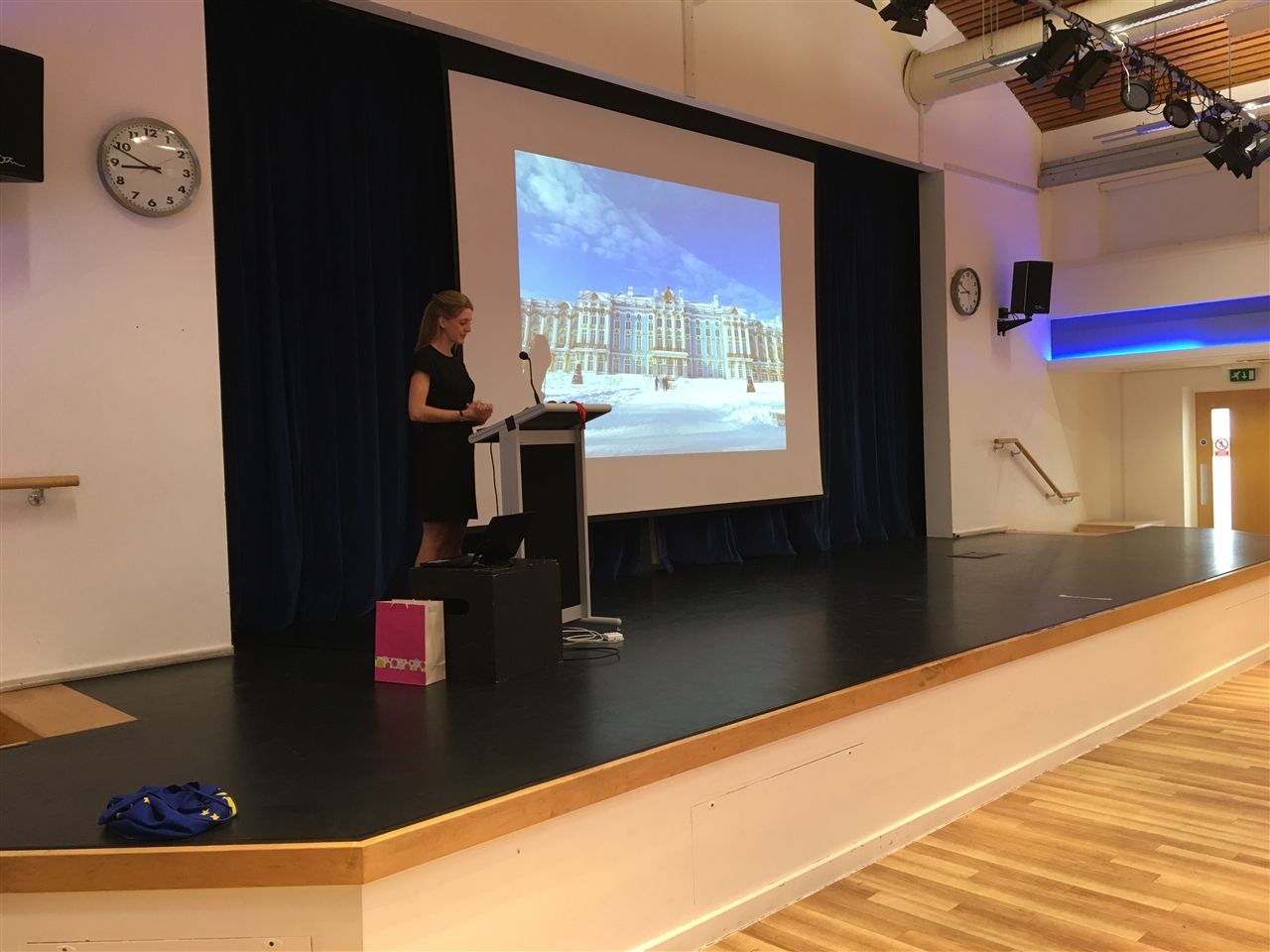 We are always pleased to hear from past students and Rachel Barclay has kept in touch with Mrs Churilina, Curriculum Leader for Russian.We were delighted that Rachel gave a presentation on her experiences with languages since leaving school. She went to Durham to read French and Russian, spent some of her year abroad in Siberia where she discovered the coldest possible temperatures, made many lasting friendships and enjoyed the cultural immersion, for example, by trying out the full range of Russian home-made preserves and pickles.

Thanks to her Russian she landed a job with a London insurance company specialising in highly valuable artifacts, such as artwork and jewels, and now travels to Russia regularly to arrange insurance for Russia's major art museums and private collectors. 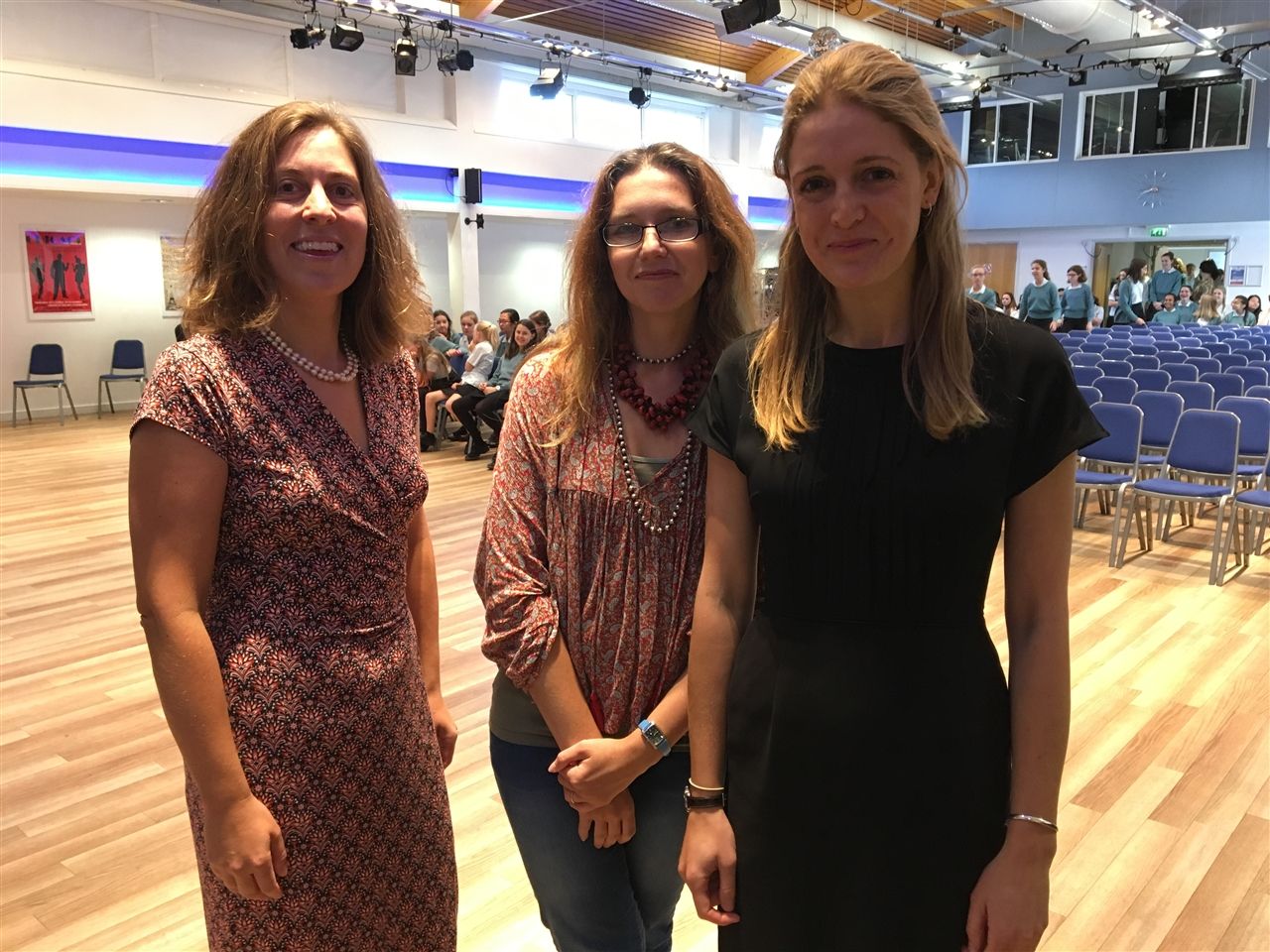 After the assembly, Rachel came to Mrs Churilina's lesson and shared more fun stories and tips for making subject (and life!) choices with the Year 11 and 6th-form Russian students.

All of this proving our motto in the Languages Department that the WORLD is our campus!